The Dual-Ended Combat Arms™ Earplugs, Version 2 (CAEv2) were designed for military use and used extensively by American servicemen and women. Many may have been exposed to damaging sound levels during both training exercises and active deployment after receiving defective earplugs. Deployments during which service members were possibly affected include: 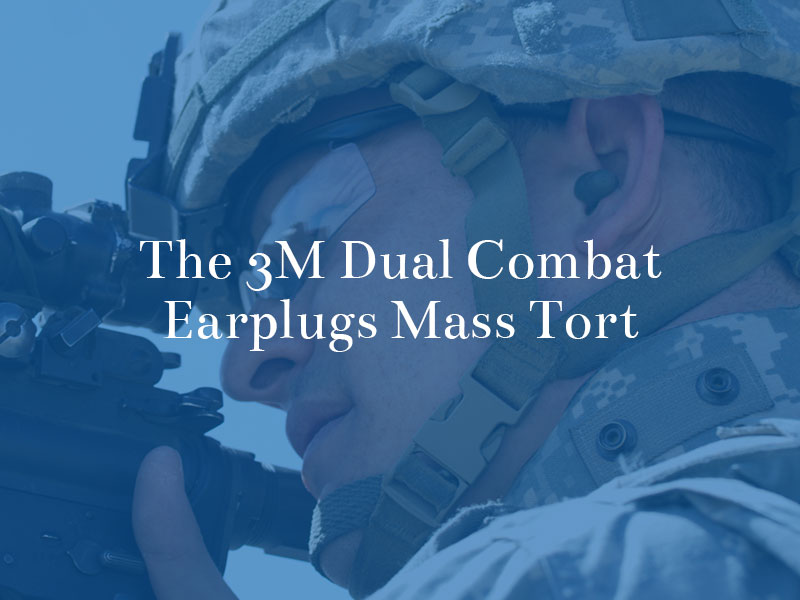 The 3M Dual Combat Earplugs Mass Tort is based on the company’s failure to warn users about the defective design of 3M Combat Arm Earplugs and the resulting risk to developing both short and long-term permanent hearing loss after use.

How Do the Plugs Cause Harm?

Although 3M claimed that service members would benefit from the dual-ended combat earplugs, having two different types built into a single unit, there was a major design flaw.

However, the stem was too short, preventing service members from being able to insert either side into their ear canal correctly. The end of the plug not in use physically blocked the other end from reaching far enough into the ear. Therefore, the ears of many American soldiers between 2003 and 2015 were not fully protected. This exposed them to greater amounts of combat noise, which can result in hearing loss and tinnitus.

Tinnitus is when a person experiences a thumping, ringing or whooshing sound in the ear, even in the absence of actual external sounds. There are more than 3 million cases diagnosed in the U.S. annually, and the condition can last several years or be lifelong.

Hearing loss can be classified by different levels:

When it is difficult to catch every word in a conversation.

When people must constantly repeat themselves in a conversation.

When it is almost impossible to have a conversation without a hearing aid.

When people’s speech cannot be heard unless they yell loudly. A hearing aid or cochlear implant is required to hear.

Veterans suffering from hearing loss may begin to notice their hearing fading away slowly. As people speak, it will become increasingly difficult to hear what they say, and it may sound like mumbling.

Have You Experienced Tinnitus, or Hearing Complications?

While there are currently no scientifically validated cures or treatments for Tinnitus, the following options can ease or reduce some of the symptoms:

What Are Some of the Risks Associated with 3M (CAEv2) Earplug Use?

Between 2003 and 2015, thousands of military service members wore these defective earplugs. Many suffered permanent hearing damage, which can affect every aspect of life, from work and personal relationships to hobbies and interests. Risks associated with the CAEv2 Combat Earplug use include hearing loss, Tinnitus, or ringing in the ears, and permanent hearing damage.

There are two major threats to hearing loss in military combat or training environments:

Minneapolis based 3M manufactured dual-ended earplugs for hearing protection from close range firearms and other loud impact noises. However, due to their defective design, these earplugs can slightly loosen and subtly move out of the ear canal just enough for the loud sounds to cause hearing damage.

Who Can File a Lawsuit?

Any veteran who served in the U.S. military between 2003 and 2015 can file a lawsuit, if they used 3M Dual-Ended Combat Arms Earplugs, and:

Additionally, any civilians issued the earplugs may be eligible to pursue a lawsuit if they have suffered hearing damage.

Lawsuits are alleging that 3M knew their product was defective when they were sold, and that they hid that fact. Additionally, claims are stating that 3M failed to provide proper instructions, by only suggesting that wearers can obtain a better fit by rolling back the first flange on the unused side, instead of requiring it for effectiveness.

The 3M lawsuits have been consolidated into an MDL (multidistrict litigation), in which similar cases are still decided individually but it speeds up the process. A federal judge in Florida is overseeing the pretrial proceedings and discovery, before transferring each case back to its transferor court, unless a settlement or dismissal takes place. 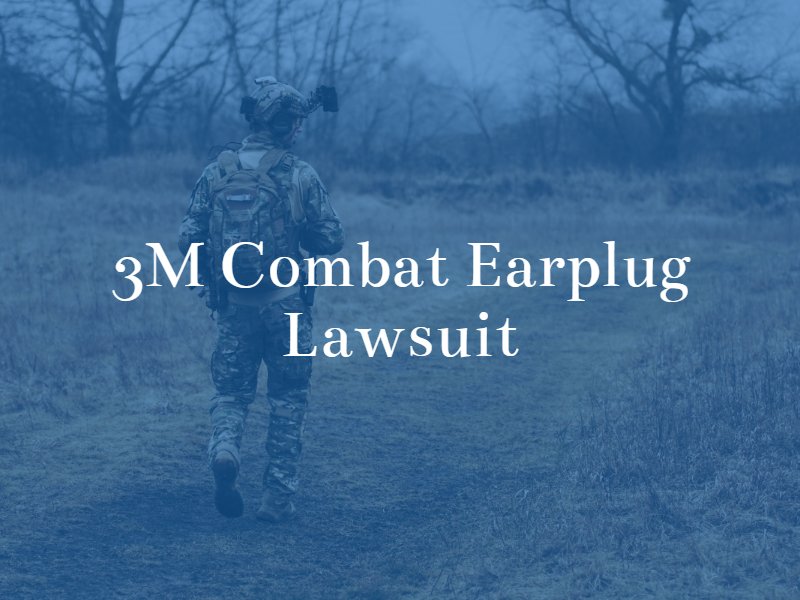 Each case is different, but veteran victims may be able to recover some or all of the following types of compensation:

Service members are encouraged to discuss their options with an attorney. Obtaining compensation to afford the appropriate medical care may allow for treatment to reverse some of the damage done to their ears.

You might have a legal claim if you have a medical diagnosis of Tinnitus, or permanent hearing loss as a result of active military duty between 2003-2015. The mass tort litigation lawyer at Thee Dunken Law Firm approach is hyper client-focused: with our high-touch client concierge platform you’ll receive regular litigation updates, customized content to explain the mass tort process, and proactive communication. Speak to one of our knowledgeable case management specialists and receive a free legal consultation. Use the form on this page to get started.