Evidence linking RoundUp to the development of certain cancers has prompted thousands of Americans to file lawsuits. Multiple scientific and medical studies have specifically connected the active ingredient found in the herbicide, glyphosate, to Non-Hodgkin’s Lymphoma (NHL). Those impacted by RoundUp may be entitled to compensation for their healthcare expenses, lost wages, pain and suffering, and more. Contact the Roundup herbicide lawyer from the Dunken Law Firm today to schedule a free case evaluation. 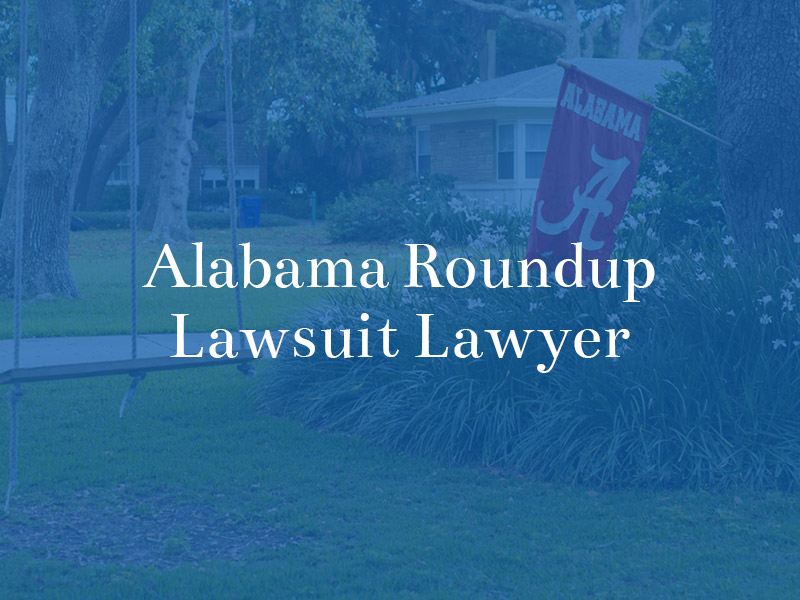 What is RoundUp and Its Link to Cancer?

RoundUp is a weed killer originally formulated by Monsanto, containing an active ingredient called glyphosate that was specifically designed to be toxic only to weeds and vegetation. For more than 40 years, glyphosate-based herbicides of all kinds have been standard issue within the agricultural industry, and marketed to the public as safe to use.

In 2015, the World Health Organization’s International Agency for Research on Cancer (IARC) released their final evaluation on glyphosate. The Agency confirmed that glyphosate causes DNA and chromosomal damage in human cells, thus concluding that glyphosate was “probably carcinogenic” to humans. These findings were based on decades of studies on agricultural and forestry workers exposed to the chemical.

Four years after this announcement, a scientific analysis was publishing, reporting that glyphosate can increase the risk of developing NHL at an alarming 41 percent. Contact our Alabama Roundup lawsuit attorney for more information.

Who Is Most At-Risk of Roundup Exposure?

Being exposed to glyphosate in any way can put any individual at-risk of health issues. This includes those who spray, mix, or clean up the chemical, especially when on a consistent basis. As a result, farmers, landscapers, nursery and garden center employees, and agricultural workers are the most at-risk of being exposed to RoundUp. Breathing in the air when the chemical is sprayed nearby is dangerous, as well as is eating food or drinking water that has come into contact with the chemical.

When Roundup is sprayed onto crops to kill weeds and pests, it also lands onto the food it is aiming to protect. Commonly sprayed crops, such as wheat, corn, cotton, soybeans, and sugar beet are exposed to high levels of Roundup, potentially leaving traces of glyphosate behind. However, studies do indicate that it is more hazardous for workers or farmers who are physically exposed to the chemical on a regular basis.

The following Alabama counties have had the highest glyphosate use in the state, between 1992 and 2017:

Who Is Eligible to File an Alabama Roundup Lawsuit?

Any person who has regularly used RoundUp and has been diagnosed with cancer may be eligible to file a claim against the product’s manufacturer Monsanto (Bayer). More than 40,000 lawsuits await trial in state and federal courts. Although initial awards have since been reduced, three RoundUp lawsuits have resulted in verdicts favoring plaintiffs, and totaling well over $2 billion.

Contact The Mass Tort Attorney From The Dunken Law Firm

If your life has been affected by RoundUp, you deserve compensation for your damages. Call (713) 554-6780, or reach us online today. Our Alabama Roundup lawsuit lawyer will offer a free initial consultation.