RoundUp, created by Monsanto, is the most widely used weed killer in the world. However, scientific research suggests there is a large cancer risk associated with its use, and more specifically the potential development of Non-Hodgkin’s Lymphoma (NHL). Victims across the U.S. are continuing to file lawsuits against the manufacturer, who has already lost three jury trials and been ordered to pay over $2 billion in damages. The Dunken Law Firm is currently accepting cases on behalf of victims in Virginia. Contact our Roundup cancer lawsuit lawyer today for a free consultation, if you or a loved one believes they are suffering due to Roundup exposure in Virginia. 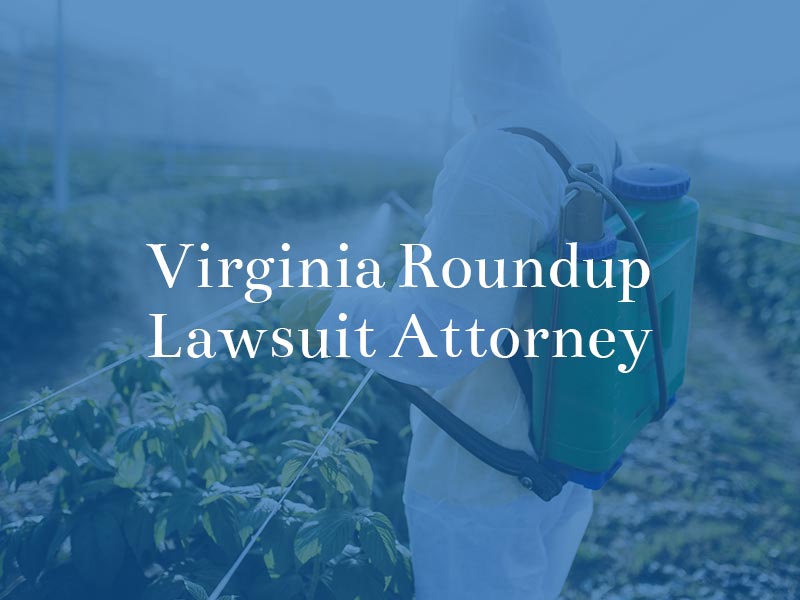 What is RoundUp and the Cancer Warnings?

Roundup is a glyphosate-based herbicide that kills weeds while allowing genetically modified crops to flourish. It is used on almost all corn, cotton, sugar beet, wheat, and soy farms, as well as individual consumers’ personal gardens and lawns.

In March 2015, the International Agency for Research on Cancer (IARC) reported that being exposed to RoundUp can probably cause cancer, due to its active ingredient glyphosate. Despite Monsanto stating, the product is “biodegradable” and “environmentally friendly.”

A scientific study published on February 2, 2019, titled “Exposure to Glyphosate-Based Herbicides and Risk for Non-Hodgkin Lymphoma: A Meta-Analysis and Supporting Evidence” confirmed the IARC’s findings. Researchers examined six studies involving nearly 65,000 participants. They discovered that glyphosate can increase the risk for NHL in human beings by 41 percent. Further findings suggest that the time period from which one is exposed to RoundUp to diagnosis may be as short as two years, or possibly less.

Who Does RoundUp Endanger in Virginia?

RoundUp is marketed to both consumers and industrial-scale agricultural operations. This means people all over the world have used the weed killer. However, farmworkers, gardeners, groundskeepers, landscapers, and garden center employees in Virginia are exposed to frequent, and often high doses, of glyphosate herbicides like Roundup. This, therefore, increases the likelihood that individuals in these professions will contract cancer.

The following counties in Virginia are ranked as the highest, in terms of glyphosate use, according to data recorded between 1992 to 2017:

Who is Entitled to File a Virginia Roundup Lawsuit?

Any individual who has developed NHL or another type of cancer after consistently using Roundup is entitled to file a lawsuit against Monsanto to recover compensation. There are currently over 40,000 Roundup lawsuits that have been filed. These cases allege that the herbicide’s manufacturer knew glyphosate posed health risks, yet they failed to warn the public of these dangers.

Depending on the specifics of your case, you may be entitled to recover the following damages:

A Virginia Roundup lawsuit attorney will be able to evaluate your situation to advise you on if you qualify.

Our mass tort attorney at Dunken Law Firm are passionate about pursuing justice for injury victims. We’ll fight tirelessly to hold Monsanto accountable for the losses you’ve suffered after using Roundup. Call (713) 554-6780, or contact us online.