Sparked by recent findings, thousands of lawsuits have been filed against the product RoundUp’s manufacturer, Monsanto now owned by Bayer, based on the assertion that use of the herbicide causes cancer. If you or someone you love has been struggling with a cancer diagnosis, that is believed to be related to the use of RoundUp, it is vital to have your case evaluated by a Roundup cancer attorney. The Dunken Law Firm is reviewing and accepting cases on behalf of victims throughout Washington. Call (713) 554-6780, or reach us online today. 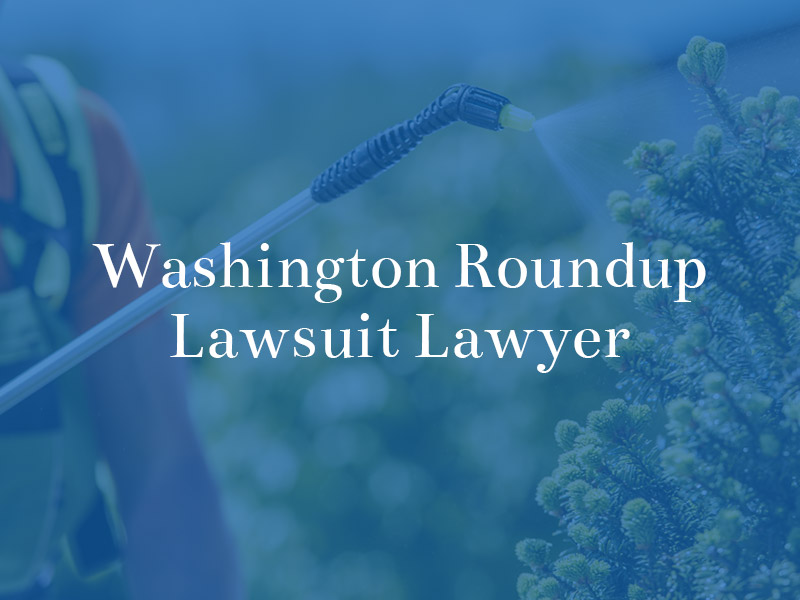 What is RoundUp and Its Dangers?

RoundUp is a popular household name among weed killers, having been used all over the world for decades, both residentially and commercially. The herbicide, created by Monsanto (Bayer), inhibits the function of a plant enzyme called EPSP synthase, then causing the plant to die. Since nearly all forms of vegetation require EPSP synthase to produce the proteins they need to grow, RoundUp is a highly effective broad-spectrum weed killer. Recently, evidence has been presented in thousands of lawsuits that RoundUp contains a cancer-causing active ingredient called glyphosate. Multiple studies are associating glyphosate with the development of non-Hodgkin lymphoma (NHL). Additionally, research is showing that the combination of glyphosate with inert surfactant POEA, found in RoundUp’s formulation, makes the chemical even more toxic. Despite these findings, Monsanto (Bayer) continues to maintain their position that RoundUp is not dangerous.

Who Is in Danger From RoundUp?

An estimated 287 million pounds of glyphosate is sprayed on crops, golf courses, commercial nurseries, driveways, lawns, and sidewalks across the country each year, according to the U.S. Geological Survey. Therefore, the people most in danger from glyphosate exposure are:

What Are the Roundup Health Risks?

Those who consistently come into contact with RoundUp over a period of time are subject to a higher risk of developing cancer, and particularly NHL. Common symptoms connected to NHL and its sub-types include fever, chills and night sweats, swollen lymph nodes, abdominal pain, chest pain, and reduced appetite.

Most At-Risk Counties in Washington

Between 1992 and 2017, the following ten counties have had the highest utilization of glyphosate in Washington:

The public can be exposed to RoundUp when it’s sprayed nearby (entering the air, soil, and water), or when consuming foods and products that have been sprayed with the herbicide. Commonly sprayed crops include corn, cotton, soybeans, sugar beet, barley, and wheat. RoundUp is applied to some crops right before harvest, such as barley and wheat, causing people to consume much more of it from food. Learn more about it from a Washington Roundup lawsuit lawyer.

Who Has the Right to File a Washington Roundup Lawsuit?

Any individual exposed to RoundUp in Washington, who is then later diagnosed with NHL or any other type of cancer, may qualify for filing a Roundup case against Monsanto. A lawsuit could help pay medical expenses associated with the condition or injuries resulting from exposure to the chemical. Additionally, present and future lost wages, and pain and suffering may be pursued.

If you have any reason to believe that you are suffering a cancer diagnosis due to Roundup exposure, contact the mass tort litigation lawyer from Dunken Law Firm. We will evaluate your case for free and advise you of your rights to compensation. We are available online or by calling (713) 554-6780.