Everything You Need to Know About 3M Combat Earplug Claims

The U.S. military has issued defective 3M Combat Arms Earplugs to thousands of deployed soldiers, which were intended to block harmful sound waves. As a result, many current and former members of the military are now suffering from devastating hearing loss and other hearing issues like tinnitus. Hundreds of lawsuits are being filed against 3M, and victims may be entitled to significant compensation. 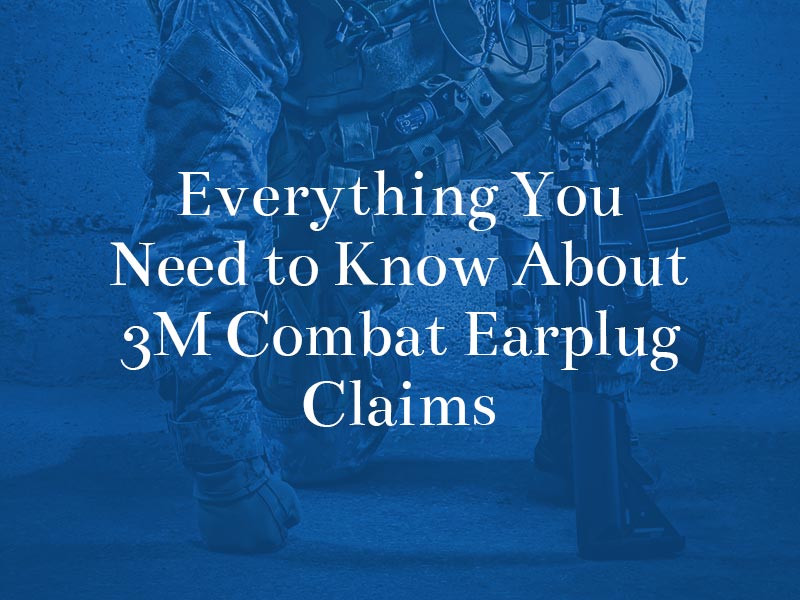 Why Were the 3M Earplugs Defective?

The 3M Combat Arms Earplugs, originally produced by Aearo Technologies before being bought by 3M in 2008, were designed to seal and protect the ear drums of soldiers from loud noises while in a combat setting. Unfortunately, the earplugs distributed between 2003 and 2015 could become loose and did not properly seal the ear, as they were manufactured too short to be fully inserted.

The defect was discovered in an investigation launched by the U.S. Department of Justice, which found that users were at risk for permanent hearing loss, impairment and tinnitus from the earplugs. Since then, the Dual-Ended Combat Arms Earplugs have been discontinued.

Due to violations of the False Claims Act (FCA), a lawsuit was filed by the U.S. government against 3M. This federal law imposes liability on individuals and companies or contractors that defraud federal government programs. The case was resolved in 2018 when the company agreed to a settlement amount of $9.1 million.

The Justice Department alleged in the case, the fraudulent conduct consisted of:

Although the U.S. government was able to recover compensation from 3M under the FCA, unfortunately, affected military members will not receive any of this money. This does not mean, however, that victims are left without a method of recovery.

Hundreds of military personnel and veterans have filed lawsuits against 3M, in the wake of the settlement. Those suffering from hearing loss after joining the service, or who have worsening symptoms, are seeking compensation for:

The manufacturer fails to warn the military of the potential design defects may qualify victims to pursue punitive damages. This type of compensation is meant to punish the defendant for egregious behavior.

You may be a victim of defective 3M combat earplugs if you served in the military between 2003 and 2015 and have experienced any of the following:

You may be eligible for compensation, and we can help. Call The Dunken Law Firm office today at (713) 554-6780 and receive a free consultation to discuss your legal rights with a highly knowledgeable defective product lawyer.