Zantac and Cancer: What You Need to Know

On April 1, 2020, the US Food and Drug Administration (FDA) announced a recall of all Zantac and products containing its active drug, ranitidine. This was due to increased concerns that the drug may come with a significantly increased risk of certain types of cancers. 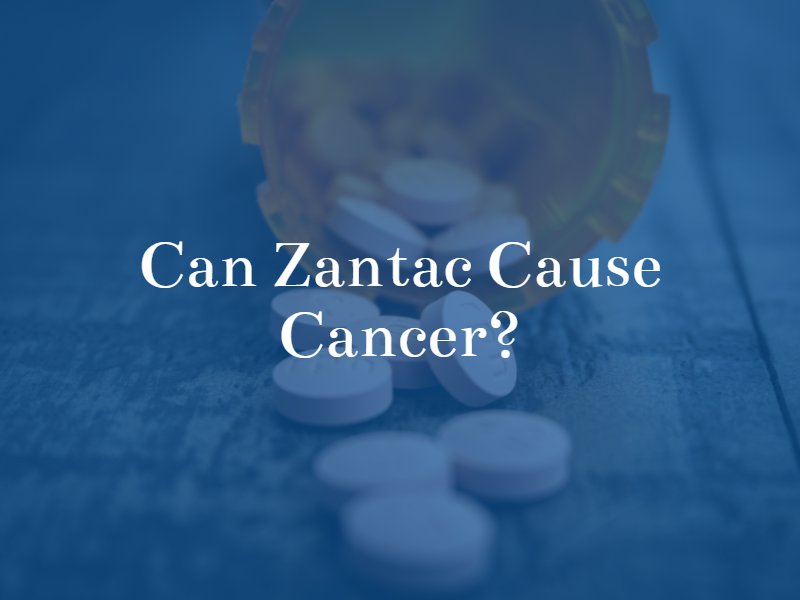 Zantac is an anti-heartburn medication, a brand name version of the drug ranitidine produced by Sanofi. Although many use it as needed for heartburn and similar conditions, others with more serious problems such as acid reflux may use Zantac regularly to control their stomach acid levels.

Why is Zantac Dangerous?

In September 2019, independent analysis found that over-the-counter samples of Zantac contained higher-than-acceptable amounts of N-nitrosodimethylamine (NDMA), a potent carcinogen that has been shown to produce cancer in both animals and humans. Further testing by both the independent lab and the FDA found that, under circumstances simulating the conditions of the human body, Zantac and other ranitidine products could metabolize into NDMA.

In response to these findings, the FDA instituted 14 separate voluntary recalls for ranitidine from various manufacturers. These recalls culminated on April 1, when they demanded recalls of all ranitidine products from the U.S. market. Their investigation found that ranitidine could spontaneously metabolize into NDMA, even under supposedly shelf-stable conditions. According to their findings, older ranitidine samples had considerably more amounts of NDMA in them than newer samples.

Am I At Risk of Cancer?

NDMA has been shown to be a potent carcinogen in animals – it is commonly used on lab rats to induce tumors for lab work. There are no studies definitively linking it to cancer in humans, but this is primarily because the evidence for its carcinogenicity among animals is so strong.

It is important to note that if you take Zantac as needed for heartburn roughly once or twice a month, you may not be at a high risk of cancer. However, those who must take ranitidine regularly (at least twice a week) in order to manage chronic acid issues may have a significant increased risk of cancer. This typically includes:

Patients who meet these criteria are highly encouraged to consult a doctor regarding their health.

What Are the Alternatives to Zantac?

The FDA announced that ranitidine is the only anti-heartburn medication that may metabolize into NDMA. Their testing has found no traces of the chemical in the following alternatives:

They recommend taking any of these as an alternative to Zantac. If you have any questions, please consult your doctor.

What If I Have Zantac In My Shelf?

You May Be Entitled to Compensation

If you or a loved one was diagnosed with cancer after regularly using Zantac or other ranitidine products, you may be eligible for significant compensation for your damages. Please contact an experienced mass tort lawyer to determine if you have a case, and how much you may be able to recover.