Sweatshops in the United States

Although nearly everyone has heard of sweatshops, many have a false perception of what a sweatshop entails. Many imagine sweatshops to be located in third-world countries, in impossibly bleak conditions with poor conditions for everybody employed.

However, it may surprise some to know that sweatshops are not just a third-world problem – they persist everywhere, including developed countries such as the United States. 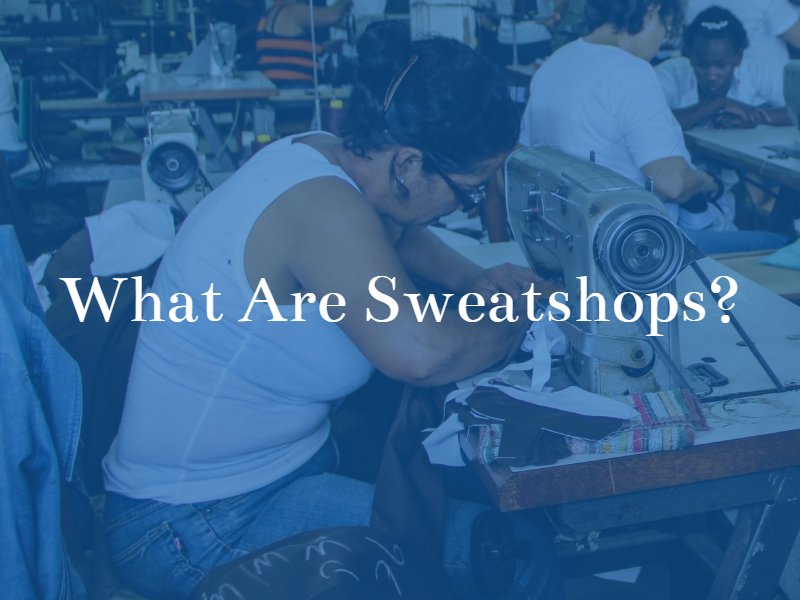 Although we consider sweatshops to be the worst of the worst regarding working conditions, the official definition by the U.S. Department of Labor (DOL) is much more strict. The DOL defines a sweatshop as any factory that violates two or more labor laws. This can include working conditions, wages and benefits, and child labor.

Which Industries Use Sweatshops the Most?

Globally, the following industries commonly use sweatshops to cheaply produce goods for retailers:

Why Do Sweatshops Exist in the United States?

In the United States, sweatshops predominantly exist in major metropolitan areas such as New York and Los Angeles. This is primarily because these major cities have easy access to a large group of undocumented immigrants who may take a chance on any labor in order to make money for their families.

Sweatshops primarily exist in order to cut costs associated with production and manufacturing. One of the most common labor violations in domestic sweatshops is wage and benefits violations: many of these immigrants are underpaid and overworked, paid well below the minimum wage, and working long, double-digit shifts without any overtime pay. Further, some of the most egregious sweatshops utilize human trafficking to employ cheap labor that essentially is paid slave wages.

Cutting production costs allow retailers to sell products at either a higher profit margin or in higher quantities – allowing them to maximize profits for the benefit of their owners.

Which Brands Use Sweatshops?

Unfortunately, nearly all of the most popular, well-known brands in the United States employ sweatshops to some degree to produce their goods. This includes apparel brands such as Adidas, Nike, Old Navy, and H&M, and electronic brands such as Apple and Dell.

Companies such as Forever 21, Ross, and TJ Maxx have been major offenders in regards to utilizing sweatshops located in the United States. In fact, many of these apparel retailers have sweatshops located in Los Angeles. In 2016, the DOL investigated 77 garment factories in Los Angeles who produced clothing for the aforementioned brands, and found egregious labor violations at 85% of the factories it visited.

Are Sweatshops Legal in the United States?

Sweatshops, by definition, are any factories that break labor laws. In that regard, sweatshops are considered illegal in the United States. Unfortunately, the consequences for breaking such labor laws is often not enough of a deterrent to prevent sweatshops from existing.

For example, California passed an “anti-sweatshop law” in 2004 after discovering an extensive sweatshop operation inside of an abandoned house with extremely poor conditions. However, this law only enables workers employed by sweatshops to seek back wages against the owners of the factories. Many retailers who use sweatshops hide behind multiple middlemen in a convoluted supply chain, allowing them to avoid any accountability for their involvement.

Although the factories themselves may be held accountable for poor working conditions, ultimately it is up to retailers to dictate any terms or standards that must be met for their production needs.

Sweatshops Are a Violation of Human Rights

Although many employees in sweatshops have resigned themselves to the conditions within the factories, the fact remains that they are being exploited in the name of profits. All employed workers deserve to be paid a fair wage under hospitable working conditions – regardless of their citizenship status.

If you have any questions regarding sweatshops and any potential labor violations at your workplace, please contact The mass tort attorney from The Dunken Law Firm today. We may be able to help you seek the fair wages and working conditions that you rightfully deserve.