The speed at which styles of clothing move today has been termed the “Fast Fashion” industry, leading to mass manufacturing that is done as quickly and inexpensively as possible. What many may not know, is that this fashion supply chain has become a major monetary contributor of modern slavery. Resulting in the trafficking of both adults and children for forced labor purposes.

What is Fast Fashion?

Fast fashion refers to trendy clothing and fashionable items that are rapidly designed and manufactured, then sold to consumers at extremely low prices. New styles arrive in stores weekly or even daily, and cost so little that they become disposable to those who purchase them.  Adopted by companies such as Forever 21, Zara, H&M, etc., the strategy is that the pieces are not built for longevity, therefore it’s acceptable if they swiftly fall apart and are purchased for only one wear.

Where is Fast Fashion Produced?

Many mistakenly think that fast fashion production occurs in third-world countries under sweatshop conditions. Although many apparel companies do take advantage of lax labor laws in developing countries, the unfortunate fact is that fast fashion is produced everywhere in the world – even in major states such as California and New York.

In fact, Los Angeles has long been an epicenter for sweatshops, with hundreds of garment factories located in or around town producing fast-fashion styles for companies such as Forever 21 and Zara.

What is the Problem with Fast Fashion?

There are multiple reasons why fast fashion is becoming not just an issue for the apparel industry, but a global issue as well.

Fast fashion often churns out clothing that is meant to essentially be disposable. Because they are made of poor quality, they are thrown away more frequently. This means more waste that the environment is not equipped to handle. Additionally, the processing of textiles has had a significant impact on both the consumption and pollution of clean water throughout the world.

The competitive nature of fast fashion has resulted in an increase of sweatshops being utilized to meet retailer demands. Employees in these factories are often underpaid and overworked, with wages well below the acceptable minimum – and no benefits or overtime pay to speak of. Additionally, these employees are constantly subjected to hazardous materials, such as toxic dyes containing lead.

What Is the Connection Between Fast Fashion and Human Trafficking?

While fast fashion clothing may not cost the consumer much, it comes at a high price, as the necessary means to make this possible includes a variety of unethical and unsustainable methods that are harming the people making these clothes. Large-scale companies have shifted the bulk of production for these pieces to the developing world, often in areas with lax labor laws. People are recruited with false promises of a good job, only to find themselves trapped in a factory and employed at inhumanly low wages or under the promise of payment that they will likely never receive. These workers are forced to work long hours and in terrible conditions, risking their health and wellbeing.

The 2018 report from the Global Slavery Index states that $127.7 billion worth of garments is imported annually by G20 countries, which is a group of nations that account for 80 percent of world trade. Worldwide, these imports resulted in 40.3 million people being trapped into modern slavery in 2016, of whom 71 percent were women. 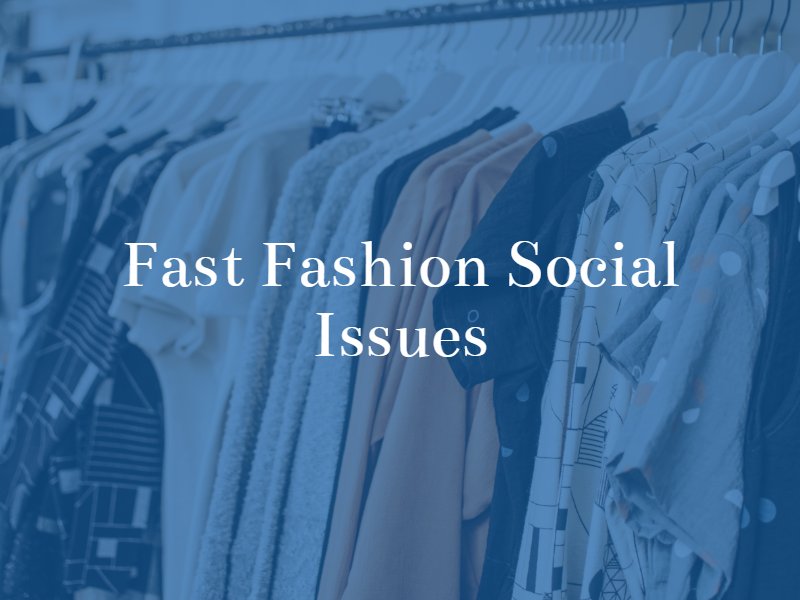 What Laws Are Being Implemented to Prevent Forced Labor?

The complex supply chain for these garments is one of the biggest challenges in tackling and preventing forced labor. The buyer may not even be aware of the factories that the manufacturing is being sub-contracted to. However, under the reauthorized federal law called the Trafficking Victims Protection Reauthorization Act (TVPA), apparel manufacturers and fashion businesses that do not know they are reaping the awards from any form of modern slavery, can still face significant corporate liability.

In other words, victims of forced labor can pursue a civil lawsuit against a third party who knew or should have known they were engaging in modern slavery, as well as profited from it. This is the case even when forced labor took place overseas, as federal courts will hear any claim of modern slavery against a foreign or U.S. company that is present in America. Additionally, the company can be criminally implicated for violating the TVPA, and can face a fine of up to $500,000 or twice the benefit conferred from the violation.

Furthermore, employees proven to have engaged in forced labor violations may be prosecuted and can face up to 20 years in prison.

What Are the Alternatives to Fast Fashion?

Unfortunately, even apparel companies who are dedicated to high-quality fashion products may utilize the same undocumented and exploited workers in sweatshop conditions to produce their clothing. Some alternatives to these companies may include:

We Are Here For You

If you are a survivor of forced labor or human trafficking, please contact the Dunken Law Firm. Our attorneys have extensive experience representing victims and pursuing justice for their losses. Call (713) 554-6780 or reach us online.