The United States is one of the top three worst nations in the world when it comes to human trafficking, according to a recent report from the State Department. Nearly 200,000 incidents of sexual exploitation occur across the country every year. The data also reveals that the people who are most at risk of becoming victims are children. Especially those in foster care, who are homeless, undocumented immigrants, and kids with substance abuse issues. With such alarming statistics, increasing awareness of potential sexual human trafficking warning signs is paramount and can help save lives. 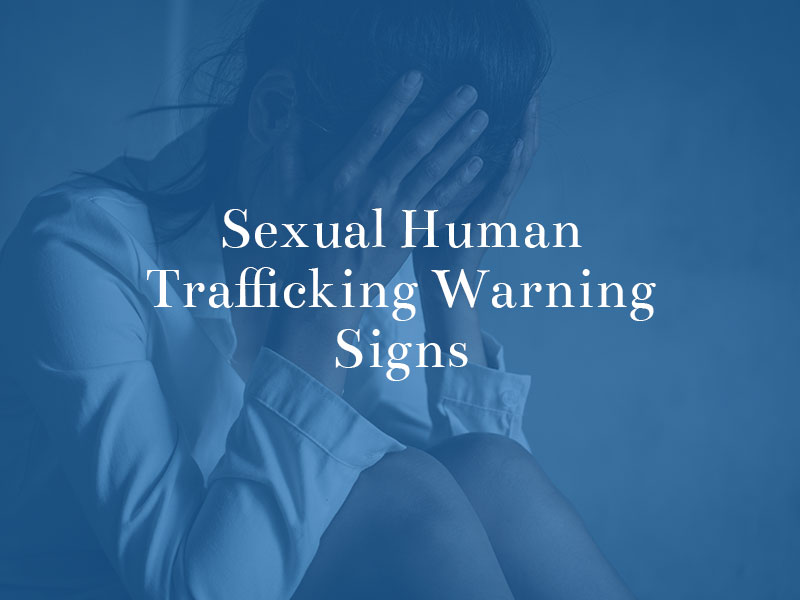 Signs to Look For

The following are possible red flags that may indicate sex trafficking:

Where Human Sex Trafficking is Happening

Repeatedly referred to as modern-day slavery, sex trafficking is unfortunately often hidden in plain sight. Traffickers frequently target locations which youth regularly visit, such as schools, malls, parks, bus stops, shelters, and group homes. In addition, at-risk youth and runaways are at an especially high risk of being bought or sold for some kind of sexual exploitation.

Businesses such as hotels, motels, and truck stops, provide a venue for this criminal industry. These places of business often have the opportunity to identify and report signs of sex trafficking. However, they look the other way on numerous occasions, in an effort to facilitate sex trafficking enterprises for their financial advantage.

The Dunken Law Firm Will Get the Justice You Deserve

The Dunken Law Firm is committed to holding sex traffickers and businesses accountable for the extensive and unforgivable violations they commit against human rights. If you or a loved one is a victim of sexual human trafficking and in need of legal assistance, please contact our mass tort lawyer for a free case consultation. We can be reached online or by calling (713) 554-6780.